Ancestors of the Mosbacher family have lived and worked as vintners in Forst for more than 200 years.

In 1921 Richard Mosbacher Snr. (1898-1977) founded the current estate together with his sisters and named it after their father Georg: 'Weingut Georg Mosbacher Erben' (Wine estate of Georg Mosbacher's heirs). The curved 'M' which decorates our wine labels up to this day goes back to these first years. Richard Mosbacher Jnr. took over responsibility for the cellars when his father Richard - a declared anti-Nazi - was appointed mayor by the Americans after the end of the Second World War.

Over several decades Richard Mosbacher turned the estate into what it is today: one of high reputation and prestige. As of 1992 the next generation, Sabine Mosbacher-Düringer and her husband Jürgen, helped him in this task and the size of the estate has since expanded to its present 20 hectares (54.36 US acres) of cultivated vineyards. In the meantime Sabine and Jürgen are managing the estate and safeguarding its reputation as one of the best wineries in the Palatinate. 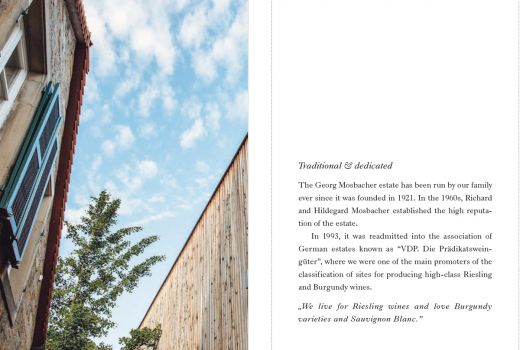 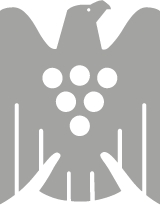